How we ramped up onsite COVID-19 testing for Amazon employees

Exclusive videos take you behind the scenes to meet the teams that established and scaled Amazon’s testing program.
By Day One Staff

Editor's note: Back in March—after Amazon had already implemented social distancing and invested in masks, gloves, enhanced cleaning, and many other health and safety measures—company leaders asked themselves, “Could we do more?” They knew that testing would be an important tool, and that supply would probably be tight, so they decided to pursue in-house COVID-19 testing—even though Amazon had no expertise in medical diagnostics. Since then, Amazon has launched the programme in the U.S. and are now expanding testing for front-line employees in the United Kingdom, ramping quickly to operational sites nationwide.

"Think big, think unconstrained, follow the science" is how Muge Erdirik Dogan, Vice President of Amazon Flex+Hub Worldwide, summed up the guiding principles that launched the testing project. "The impact of solving this, not only for Amazon, but for the total community is huge. You basically open up the economy again. We wanted to figure it out and wanted to share everything we find out with the broader community—because if we can do it, we can have other companies follow us and other researchers follow us in our approach."

Erdirik Dogan, who has been at Amazon for 13 years, was brought on to the project because of her track record as a builder and her grit when faced with challenging tasks. She sprinted to help assemble the wide range of Amazon employees needed to get labs and testing sites running as fast as possible.

"We built a strong cross-functional team—research scientists, engineers, procurement specialists, operators, financial analysts," she said. "Everybody left their own day job, and this became the focus."

Speaking in the early weeks of the team's work, Jeff Wilke, CEO Worldwide Consumer, said: "If we can build lab capacity and testing capacity that adds to the capacity that's available in the world, then we have made the world a safer place. I can't imagine anything more rewarding in this time of crisis."

Building the lab - episode 2 of Amazon's "The Test"

Jasmin Farshi's dream was to work on products that make a difference in people's lives. That's why she became an engineer, and it's why she's spent a decade at the Amazon facility where Kindle was born, Lab 126 in Sunnyvale, California.

Like countless others around the world, Farshi's life swerved to adapt to the pandemic. She was working from home, sheltering in place, overloading on cable news, and feeling more and more futility and helplessness. Then, on a Monday in late March, she got a call from an Amazon colleague, asking her to join the new testing project.

Within days, she was making decisions about buying equipment for a prototype lab.

Antoine Dreyfus, former director of Amazon devices in the EU, is now leading the project in the United Kingdom, said: “Providing regular testing for our employees will allow us to identify asymptomatic cases who might not otherwise be tested. We’re able to catch the virus earlier and place those individuals in quarantine, with full pay, so they can recover before infecting others. We believe this programme will help save lives.”

In addition to the original prototype lab, there are now labs in Hebron, Kentucky and Manchester in the United Kingdom.

Geneva Drouin has traveled to Amazon facilities to set up workplace testing sites. She finds meaning in knowing that keeping employees safe has a multiplier effect on the rest of society, since people can get the products they need without leaving home.

"I want to make sure that our customers, just like my parents, can stay at home and stay isolated through this time," she said.

Kristin Turner, who designed apps and retail stores for Amazon customers in her pre-pandemic life and now spends her time at Amazon fulfillment centers refining the design of testing sites, is motivated by what employees tell her after they learn they're COVID-19 negative.

"They feel safer going home," she said. "They feel like they can go up and cuddle their kids. So knowing that this is creating some relief and some ability to exhale and breathe is really rewarding."

Kristin Turner, who designed apps and retail stores for Amazon customers in her pre-pandemic life and now spends her time at Amazon fulfilment centres refining the design of testing sites, is motivated by what employees tell her after they learn they're COVID-19 negative.

"They feel safer going home," she said. "They feel like they can go up and cuddle their kids. So knowing that this is creating some relief and some ability to exhale and breathe is really rewarding." 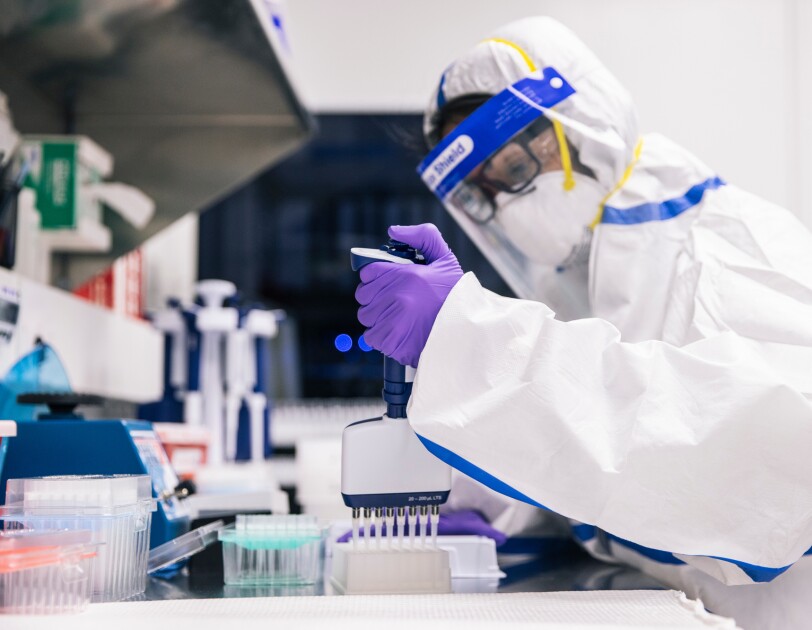 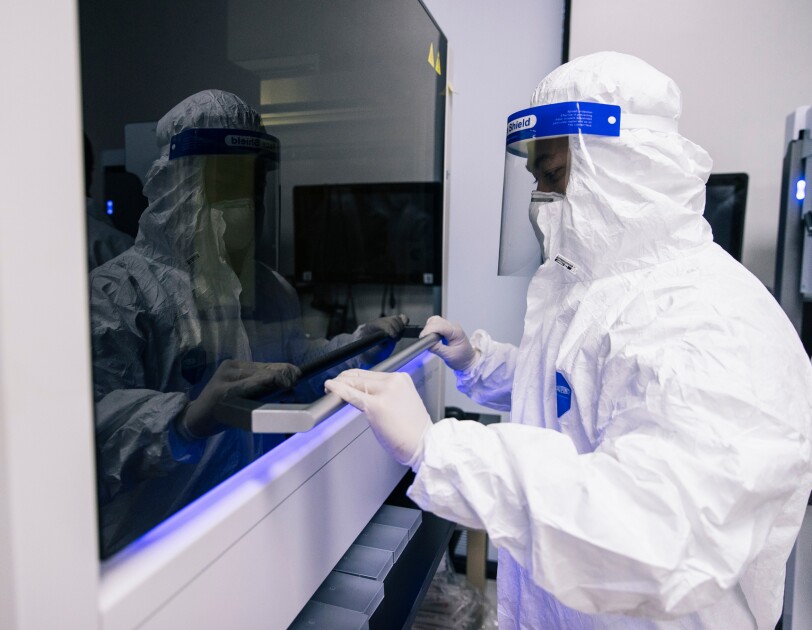 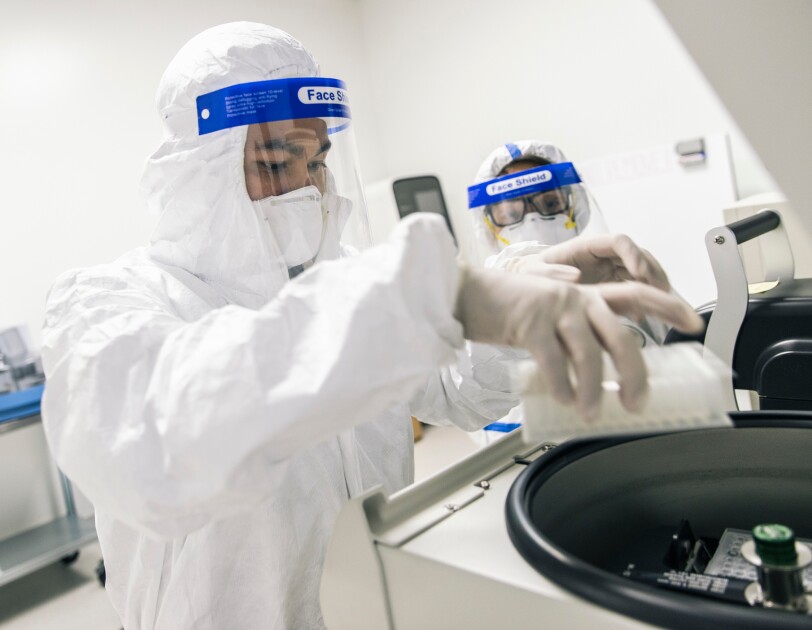 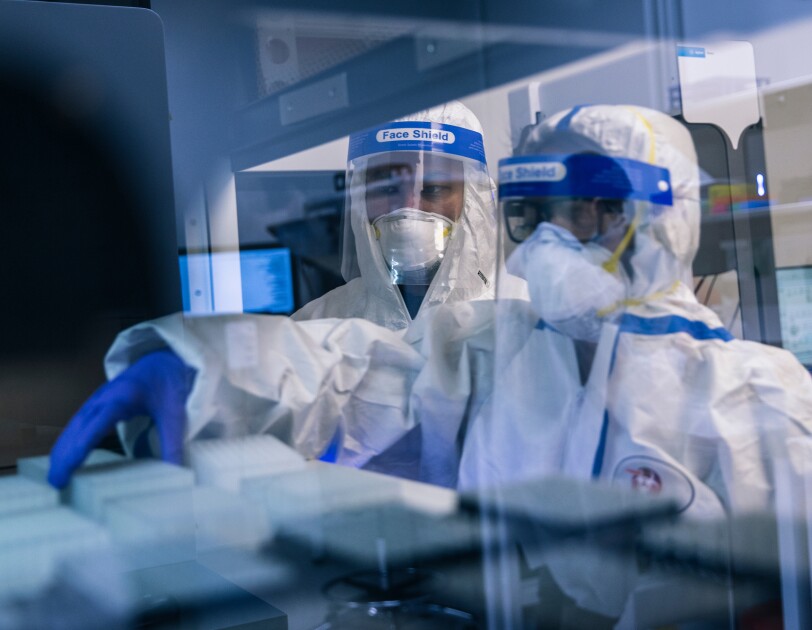 Download the image.
Company NewsCOVID-19
How did you like this story?
Yawn.
It's OK
It's Good
It's Great
I love it!
52 Ratings
Thanks!
Working at Amazon

Laundrapp, a dry cleaning business in London, uses Alexa to innovate in a 150-year-old industry.
Continue Reading
Amazon responds to COVID-19
How we're supporting our employees, customers, and communities
Read more
X
Out for Delivery
Thank you!
Please try again
Quick news and rich insights from inside Amazon, delivered directly to your inbox every few weeks.
Check your inbox shortly for your very first Out for Delivery email. We’ll reach out every few weeks with more.
If you’re not redirected back to the blog in a few seconds, click here.
Looks like we had some trouble authenticating your entry. Let’s try again...
Amazon Privacy Policy | Opt out anytime
We use cookies to enhance your visit to our site. Find out more
Accept & Close