This festive season we launched Amazon Stars, a programme to recognise our incredible employees who have shined brightest while going the extra mile for their colleagues or communities this year.
By Day One Team

Employees working in Amazon fulfilment centres and delivery stations across the UK have been doing exceptional work to deliver for our customers during this exceptional year. Many of them have been combining their great work at Amazon with serving their communities through volunteering their time, raising funds and much more.

In order to recognise and reward our heroes who have helped others, we created the first ever Amazon Stars programme, calling on our associates to nominate colleagues who have gone above and beyond for a chance to receive recognition and special thank you.

Massive congratulations Paul, you’re an Amazon Star winner for all the incredible work you do with St John Ambulance! Keep up the good work!

More than 850 Amazon Star nominations were received in the UK, brimming with incredible stories of associates serving colleagues, customers and communities during a time when they were needed more than ever.

After much deliberation, five national Amazon Star winners were announced in the UK, each winning a personalised Dream Box prize. Let’s meet them.

Our first winner is Paul Fawkes, who works at the Amazon delivery station in Hemel Hempstead. Paul was nominated by his colleagues for his voluntary work for St John Ambulance and his role at Fullerians Rugby Club in Watford, where he’s also a volunteer first aider.

The good news was delivered to rugby fan Paul by former England captain, Chris Robshaw, in a special video message.

Paul has been a volunteer with St John Ambulance for 18 months following a heart attack two years ago, which motivated him to learn more about medical care. He has also been inspired by his wife Linda and his four young daughters, who have been volunteering and supporting the organisation themselves over the last eight years.

This year, Paul supported ambulance crews during COVID-19 by taking swab testing kits to people who were due to have routine operations in hospital. He has also been drafted to become a COVID-19 vaccinator and is in training to administer the COVID-19 vaccine in 2021.

“I became a volunteer because I wanted something to do outside work. The feeling of being able to help someone else is indescribable – the reaction you get when you’ve helped someone is just the best thing ever,” says Paul.

The voluntary role with St John Ambulance sees Paul attend local community, and sporting events. Sport is a theme that runs through Paul’s voluntary work. His other role in the community sees him take on a first aid position with Fullerians Rugby Club. His daughter, Grace, plays for the club’s under 15s team.

In tribute to Paul’s work in the community, the Amazon team surprised him with a donation for his daughter’s rugby club and a £500 Amazon gift voucher to use himself.

Paul said: “I can’t believe I’ve won an Amazon Star award and to get a message from Chris Robshaw made it even more special. I love volunteering and the feeling I get when I help someone is indescribable. I’d like to thank everyone at Amazon for this fantastic award and for the donation to the rugby club – it’ll go such a long way to supporting everyone at Fullerians.”

Two of our Amazon Stars share a common goal – to help people affected by homelessness.

During a cupboard clear-out, Teodora decided she wanted to do something positive with her unused food and cooked a few small meals for people in need. The idea soon took off and she began buying lots of additional food to cook hot meals for people who are homeless right across the town.

Teodora stepped up her efforts during COVID-19, increasing the frequency of her meal deliveries. Aided by her friends, she maintained her efforts through the summer and into winter. She also made Christmas dinners for the homeless community this year. The food and drinks are paid for, made and delivered by Teodora.

Carole’s community work, a lifelong dedication, stems from her desire to help vulnerable people both in the UK and around the world. She’s particularly passionate about homelessness and helping the people it affects, supporting charities like DePaul and MISSIO.

Carole has also been supporting the staff at Luton and Dunstable Hospital during lockdown, delivering groceries and gifts to doctors, nurses and staff.

Teodora and Carole requested that their Dream Box prize would be donated to people in need. Teodora was surprised with a donation for a UK-based charity supporting vulnerable children in Romania and Carole’s Dream Box prize was a donation for DePaul, a charity supporting vulnerable people. Despite not asking for anything for themselves, they both also received £500 Amazon gift cards. 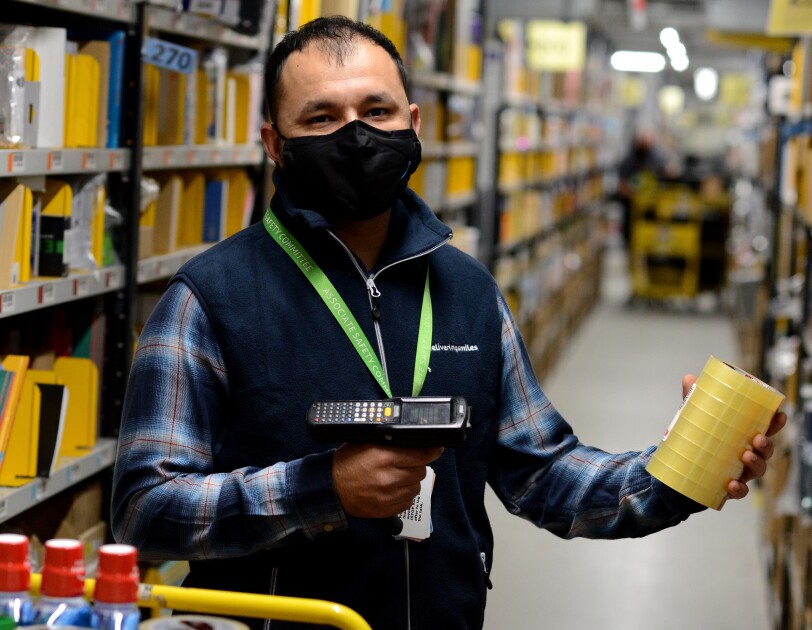 Junaid raised £10,000 to buy an ambulance for his home town. 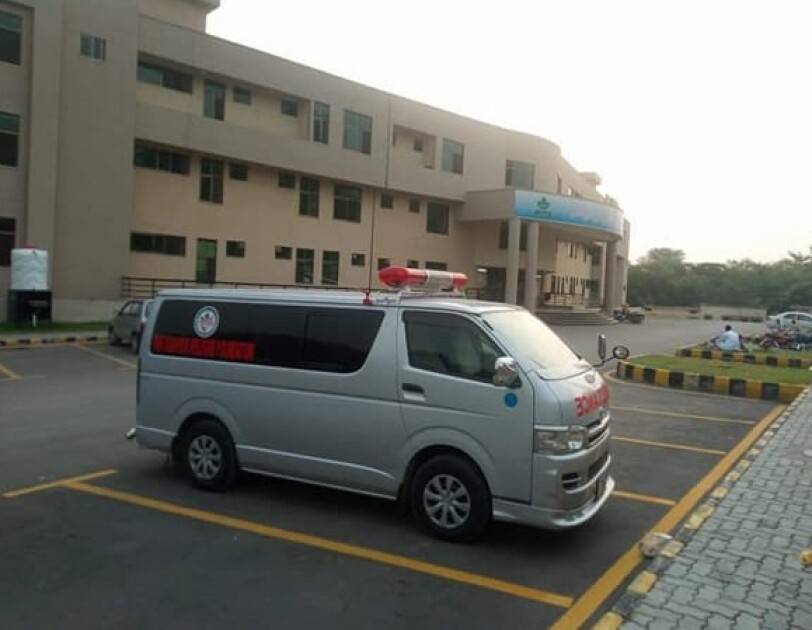 Thanks to his charitable efforts Junaid was able to fund the purchase of an ambulance for his hometown in Pakistan.

Ambulance and rescue in a rural community

Junaid Hussain works at Amazon in Peterborough and was nominated by his colleagues for his incredible charitable efforts which raised £10,000 to fund the purchase of an ambulance for his hometown in Pakistan this year. In Junaid’s hometown the nearest hospital is more than two hours away and without locally available medical equipment, essential help was not available when people were in need of emergency medical care.

Junaid’s Amazon Stars Dream Box was a voucher for a holiday for his young family – something he wanted to do in 2020 but wasn’t able to due to COVID-19 restrictions – and a donation to help fund the ambulance.

He said: “To win this Amazon Star award is a really great experience. I wanted to do something to help my community in Pakistan and it’s fantastic that I was able to raise the money to buy an ambulance so quickly with the support of the people here in Peterborough. It’s a lifeline for the people in my hometown and it’s nice to have my fundraising recognised by my colleagues at Amazon.”

Marcin Jeznach, who works at Amazon in Kegworth, dedicates his spare time to finding and cleaning the graves of veterans to ensure their memory is honoured. He researches where the soldiers are buried and makes it his mission to find and restore their gravestones. He works at sites across Leicestershire, including Welford Road cemetery in Leicester.

Marcin also coordinates meals for people experiencing homelessness in Leicester, with one taking place on Christmas Day. He organises all the logistics and reaches out to suppliers to secure food donations. He also arranges donations of clothes for Polish children who are from low-income families.

To honour his voluntary work, Marcin was given a Dream Box prize of a trip for his young family to visit Disneyland Paris when COVID-19 restrictions allow.

Meet more of our incredible employees.

Working at AmazonOur peopleAwards and recognition Charity
How did you like this story?
Yawn.
It's OK
It's Good
It's Great
I love it!
9 Ratings
Thanks!
Sustainability 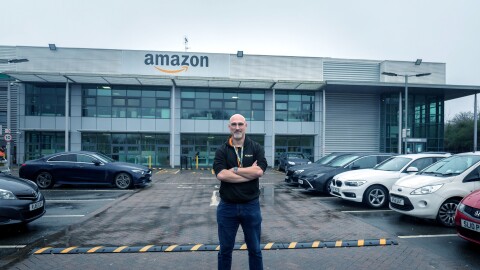