Striking a chord with customers

Brad Aspess is 59, grew up and lives in London, and is happily married with six children. He describes his own life as ‘perfect’. However, his success is not merely tied to his home life: Brad also owns and runs his own online business, selling music, DVDs and video games. Before launching Rarewaves, he had already spent the majority of his life working in music, an industry that has always filled him with enthusiasm.

My job has allowed me to travel, get to know great artists and, most importantly, given me a connection to music.

“I had always wanted to work in the music business, I was very passionate about it. When I left school, I fell on my feet and was able to join a record company. Originally, I had been invited to interview for a position in the company’s TV department but accidentally ended up walking into the wrong room, and walked out with an entirely different job.”

“In the 80s I had a brand that supplied major supermarkets and retailers with vinyl records. In the 90s, we moved to brick and mortar stores occupying concession spaces: those were like forerunners of selling on Amazon.”

Brad fondly explains how working in the entertainment field has afforded so many incredible moments: “I’ve had dinner with Michael Jackson, met Bruce Springsteen, sat next to Debbie Harry and chatted to Bing Crosby,” he says. “My job has allowed me to travel, get to know great artists and, most importantly, given me a connection to music. It’s a part of my very essence. It has certainly been a special journey.”

Decades later, music is still very much part of his everyday life. He now owns and runs a successful media store on Amazon.co.uk. His career path has never been straight forward: with every innovation in the industry he has had to adapt and evolve.

“You go through so much change. It wasn’t so long ago that CDs didn’t exist, and now the shift from CDs to downloading and to streaming has happened seemingly overnight. It is essential to stay on our toes in order to keep up with changing consumer habits,” he explains.

Brad set up shop on Amazon.co.uk in 2007, only a few months after the market had opened to third party sellers. “The cost of entry to running an online store is low: you only pay if you sell, and you don’t have any fixed rates or leases to worry about. We thought Amazon was going to be a big opportunity for us.”

The new opportunity to sell on Amazon prompted Brad to extend the range of products included in the Rarewaves catalogue: “We saw that Amazon was selling video games and DVDs, too, so we thought it must be a good idea. Our music suppliers also stocked those items, so it was relatively easy. In my view, selling only one type of product is very niche,” he says.

The fast-paced technological evolution also offers new business horizons to explore. For Brad, one of the most interesting opportunities created by e-commerce is an easy access to international customers. Since opening his online shop, he has been able to reach music and video lovers overseas as well as domestically.

“While cross-border trading is still one of our greatest challenges, Amazon is fully set up for expanding internationally and we have taken full advantage. We opened our shop on the Mexican site this summer, even offering customer service in the local language. Now we have German, Japanese, French, Spanish and Italian speakers all working for us.”

Rarewaves now employs 20 people in the UK and five in the U.S., and the expectation is to keep growing. Brad smiles: “And to think that when we started out there were only two of us!” Looking ahead, Brad fully intends to capitalise on Amazon’s global customer base and export capabilities. “We don’t need to launch our own website. Selling on Amazon satisfies our every need. We hope to expand into China, India and Brazil in the foreseeable future.”

Amazon StoriesSMEEmpowermentSelling on AmazonSeller storyEntrepreneurs
How did you like this story?
Yawn.
It's OK
It's Good
It's Great
I love it!
Thanks!
Sustainability 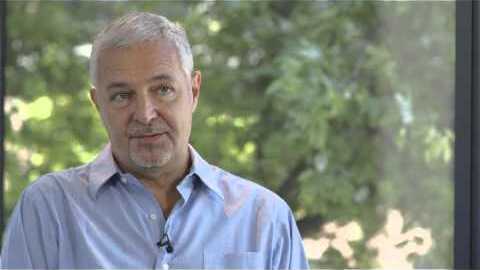 Striking a chord with customers