From builders' merchant to award-winning author

He used to write after putting his children to bed. Now David Leadbeater is a bestselling action-adventure author and winner of the inaugural UK Kindle Storyteller Award.
By Day One Team

On the night of the UK Kindle Storyteller Award ceremony in London, David Leadbeater was quite relaxed for one reason: he assumed he wouldn’t win. “I was sitting at the back of the room feeling calm,” he says. “I was somehow certain I wouldn’t be in the spotlight. Then I heard my book being announced, and my name as the winner. It was all kind of unreal. It wasn’t until I saw all the eyes in the room turn to me that I realised I’d actually won.”

As soon as an opportunity presented itself, Leadbeater’s wife, Erica, snuck out of the room and phoned his parents who were watching their two daughters back in Yorkshire, and his family cheered for his win. “My wife said my parents and kids were shouting down the phone in happiness,” he says.

Winning the Kindle Storyteller Award has been a life-changing experience.

Leadbeater was one of six authors shortlisted from thousands of entries for the award, which is given to authors who published on Kindle Direct Publishing (KDP) from 20th February to 19th May 2017. He received a £20,000 cash prize, a dedicated marketing campaign and the chance to have the winning book translated.

Passion and persistence pay off
Growing up in Yorkshire, Leadbeater started writing in school. “It has always been like returning to an old friend for me, whatever else I’m doing,” he recalls. “Writing was a great pastime but I didn’t think of it as a career in the beginning. My experience of trying to get published had been so disheartening that it didn’t seem possible for me to go any further, so I got on with life.”

David continued to write in his spare time while raising a family and working as a builders' merchant. “My wife and I agreed early on how we could make it work so that I could have some writing time after we had put the children to bed.”

When David’s wife discovered KDP, Amazon’s self-publishing programme in 2011, he realised he had an alternative option at last. “Before, it all had been so frustrating,” he smiles. “Now we had found a process that enabled me to publish my books within minutes. It was ironic, as I had introduced my wife to Amazon but she introduced me to the world of Kindle.”

Seeing his novel, Chosen, on the Kindle store felt like a great achievement, but it wasn’t until he published his second book that momentum began to build and he noticed a steady fan base growing.

“I couldn’t believe how much control I had,” Leadbeater says. “It felt like a door had opened. As an independent author I could decide what I published, and even produce my own paperbacks and, recently, audio editions through Amazon services.”

Excited about his new opportunities, Leadbeater focussed on writing a third book and created a detailed outline while flying to the U.S. for the family summer holiday. By the time they had returned to the UK, he was ready to go. Asking for another week off work, he finished the book.

Taking the plunge into a rewarding new life
Since first publishing on KDP, Leadbeater let his author earnings accumulate in a savings account. When he checked a few weeks after the launch of his third book he was shocked to see that he earned enough to support a full time writing career for several years.

“I remember thinking it was now or never,” he says. “I mulled over the idea for a week or so. When I finally told my wife I wanted to write full time, I found that she had been thinking the same thing, and she immediately told me to go for it. When I handed in my notice at work everyone was pleased.” He laughs: “They told me I could always come back if it didn’t work out.”

Leadbeater hasn’t needed to take up this offer and is now a bestselling and award-winning author with more than 20 titles to his name and readers across the world wanting many more. “I enjoy writing so much, it’s amazing that I get to do it full time.”

Looking back on his prize-winning book, The Relic Hunters, and his rise as a successful author, Leadbeater says it’s all about enabling writers to connect with readers. “I think writing and book publishing is evolving to a place where anybody has a chance. At the end of the day, it’s down to the readers if an author is successful. Readers get to choose, and my readers are the people to whom I am most grateful.” The Kindle Storyteller Award is a testament to that connection with readers as the shortlist was created using reader feedback. Considering Leadbeater’s significant fan base, the future looks bright for this author’s career.

Amazon StoriesKindle Direct Publishing KindleAuthorsCompetitionsEmpowerment
How did you like this story?
Yawn.
It's OK
It's Good
It's Great
I love it!
Thanks!
Sustainability

Launching in London, Amazon’s new hair salon will be a place where customers can experience some of the leading technology, products and services in hair care and styling.
Continue Reading
Sustainability

Operations Manager Ben Davies, based in Bristol, explains how new electric vehicles are playing a key role in Amazon’s route to zero emissions.
Continue Reading
Amazon responds to COVID-19
How we're supporting our employees, customers, and communities
Read more
X
Out for Delivery
Thank you!
Please try again
Quick news and rich insights from inside Amazon, delivered directly to your inbox every few weeks.
Check your inbox shortly for your very first Out for Delivery email. We’ll reach out every few weeks with more.
If you’re not redirected back to the blog in a few seconds, click here.
Looks like we had some trouble authenticating your entry. Let’s try again...
Amazon Privacy Policy | Opt out anytime
Return to video player ➡ 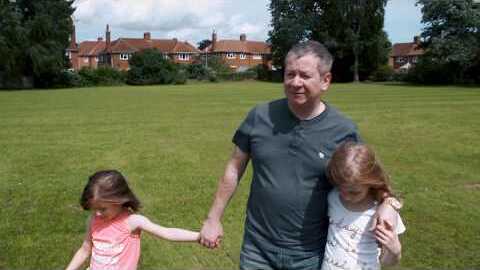