Ian W. Sainsbury’s first-ever psychological thriller The Picture on the Fridge scored this year’s Kindle Storyteller Award thanks to a solid hook and a shocking twist.
By Day One Team

Ian W. Sainsbury has always considered himself a storyteller. Having worked as a musician, composer and stand-up comedian before turning his hand to writing, he knows how to grab an audience’s attention: a powerful first line, a catchy hook and a strong narrative arc.

“Before I wrote The Picture on the Fridge, I spent most of my professional career writing songs, playing music and doing stand-up, so I had always been interested in telling stories. I first dreamed of writing when I was at school. I wrote a story about a pink mouse, which was ostracised, as pink mice often are, and the story ended in a shock twist. The mouse fell into a swimming pool and it turned out to be covered in pink paint.”

His debut psychological thriller The Picture on the Fridge, follows Mags Barkworth as she suffers the after-effects of a life-changing tragedy more than a decade ago. The novel, published through Kindle Direct Publishing, was awarded the 2019 Kindle Storyteller Award – a £20,000 literary prize that recognises outstanding writing published through the service. The novel now stands a chance of being turned into an Amazon Original production. Although The Picture on the Fridge is a stand-alone novel, Ian became a prolific author with his first series of novels, The World Walker series, which he completed in 2016 after turning to writing full time. Ian’s next series of novels, The Halfhero Trilogy was written the following year, and published in 2018.

Ian sets himself a goal of writing 12,000 words a week. He is currently experimenting with dictating the first draft and using transcription software to get it down on paper. Dictation means he frequently exceeds 3,000 words a day. It also frees him from his desk, and he can often be found walking around the kitchen or garden, talking into a portable recorder, building his story from handwritten bullet points.

“The dictation process helps me to think about these stories in a visual, cinematic way, so I can hear my own voice as an author, and I can imagine how the reader might interpret my words. By dictating and transcribing a first draft, I get the story down and then I start to work on the written word."

Ian’s main piece of advice to others who want to self-publish through Kindle Direct Publishing is to understand the importance of a good hook. "Everyone consumes so much media today that it’s important to grab attention in the first pages, or even in the first paragraph, so when you go further into your story, you’ve already hooked them and they stay with you."

Ian was thrilled to be nominated for the Kindle Storyteller Award and, knowing the quality of the other shortlisted titles, he claims he genuinely didn’t expect to win.

On the night, I honestly had no expectations. I had to deliver an unprepared speech which wasn’t as embarrassing as it could have been but you can tell I was in shock.

And what are Ian’s aspirations for the future? “I have the same dreams as any other storyteller, which is to get my next novel into the hands of new readers. With Kindle Direct Publishing, that dream is now a reality. It’s never been so easy to get your work out there.”

To find out more about self-publishing through Kindle, please visit Kindle Direct Publishing 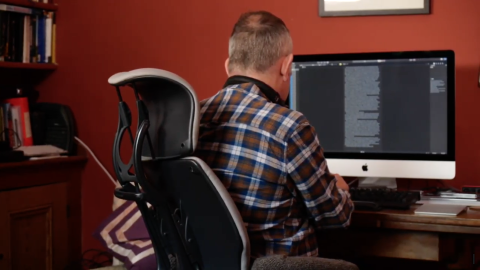 Secrets of a winning Storyteller