Unleashing creativity for children with cancer

Sending a message of encouragement to children suffering from cancer: in September, as a part of the Amazon Goes Gold initiative, FC associates took part in a creative video competition. The winning site, BHX4, will donate £40,000 to the European Society for Paediatric Oncology (SIOPE).
By EU Amazon Stories Staff

Last September, during Childhood Cancer Awareness Month, Amazon went gold to help raise awareness and funds for charity partners working to improve therapies and find a cure for the disease. The Amazon Goes Gold programme, now in its fourth year, engaged employees with a series of initiatives in support, from Pjammin’ parties at Amazon locations all over the country to donations of STEM robotic kits to hospitals where children are receiving treatment. Overall, Amazon UK has donated over £100,000 to leading organisations working in areas like advocacy for research funding, medicine development, direct care provision, family support and clinical trials.

An initiative that Amazonians embraced was the Go Gold creative video-making competition. With in-person events involving children cancelled due to COVID-19 concerns, Amazon sites across the UK were invited to share their affection and support by creating video content for kids receiving clinical treatment. Associates responded enthusiastically, making the task of the jury, composed by Amazon’s charity partners, especially difficult. The virtual golden medal went to the Coventry fulfilment centre, also known as BHX4, thanks to the creativity of FC Lead Aneta Bachledova-Pateman. Aneta led her site to victory with a warm story about a mouse who falls sick and eventually recovers thanks to the support of its many friends. “I wanted to send children a message of hope,” she says. “I wanted to remind them that, even if they are fighting a battle right now, they can win and get better.”

As a prize, the site has received £40,000 to donate to the European Society for Paediatric Oncology (SIOPE), Amazon’s charity partner and one of the leading research organisations in the field. “We know that our donation can make a difference to the lives of children. It means the world to us,” says Aneta. “This has been my best moment at Amazon, hands down.”

Aneta spent weeks working on the winning script: “I poured all of my energy in the project. Ideas kept coming, sometimes late at night, and then I wouldn’t be able to sleep – I would get up and start putting words on paper,” she recalls. As her story took shape, she enriched the narration with music, dance and golden props. Her idea was met with equal enthusiasm from the site management, who encouraged her to turn it into reality. “I shot the video myself, using a smartphone and a lot of passion. Everyone on site wanted to participate,” she says. “When we discovered our video had been chosen and children would actually get to see it, we were over the moon.”

Pam Kearns, SIOPE’s president, has thanked all the teams that took part in the competition and praised the originality and quality of their submissions. “This has been a really difficult year for fundraising, so this donation is going to have a massive impact on what we do,” she says. “We will now be able to continue projects focused on making sure that every child in Europe, regardless of where they live or which hospital they are treated in, gets the best possible care.”

We’re currently hiring in the UK and are this year creating 10,000 new permanent roles and more than 20,000 seasonal roles across the country. You can find out more about these roles here.

Amazon StoriesIn the community
How did you like this story?
Yawn.
It's OK
It's Good
It's Great
I love it!
20 Ratings
Thanks!
Sustainability 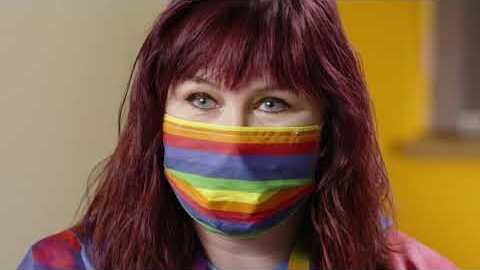 Unleashing creativity for children with cancer-