The poppy is synonymous with Remembrance Day, also known as Armistice Day, and is a reminder of those who have given their lives in the line of duty. Each year volunteers across the UK show solidarity by raising money for the Poppy Appeal, a campaign led by The Royal British Legion.

This #RemembranceDay – and every day – @PoppyLegion are supporting vulnerable veterans. You can donate by purchasing beautiful poppy products through their Amazon shop today – your support is needed this year more than ever: https://t.co/4uisXKqP0A #EveryPoppyCounts pic.twitter.com/GJ5r7zpN4a

But this year the Poppy Appeal faces a new challenge as decreased footfall in town centres, social distancing and lockdown restrictions have made fundraising harder, placing additional pressure on the charity and those who rely on it for support.

That’s why Amazon and Amazon Warriors, our employee affinity group for ex-military personnel and their families, are working with The Royal British Legion to provide support and show how every poppy makes a difference to the lives of the Armed Forces community.

We are encouraging customers to purchase official Poppy Appeal items from The Royal British Legion’s store on Amazon, with every penny of profit going to those in need, and our employees are motivating others in their local communities to donate to the charity and remember those who serve in the Armed Forces.

Nicola Cook, Assistant Director of Operations, The Royal British Legion, said: “We usually have 40,000 volunteers fundraising, and the money they raise goes on to support our vital work, so we’re incredibly grateful for Amazon’s support with helping raise awareness of the Poppy Appeal this year. The Amazon Warriors have shown great solidarity with the Poppy Appeal since the group’s inception, and it’s great to see a business like Amazon supporting veterans after their service.”

Find out more about Amazon Warriors

Amazon Warriors is made up of Amazon employees who have served in their respective country’s Armed Forces, those who are still serving, and all Amazon employees who support them. The group’s mission is to provide its members a professional network and a means to organise community outreach programs, to aid veterans during their transition into the Amazon workforce, and to be a resource for recruiting top military talent.

One member of Amazon Warriors is Will Hairsine – having served in the Royal Navy for 20 years, he is now an Operations Manager at Amazon Logistics.

“As Warriors, we support each other through the transition into civilian life through shared experience and a network of likeminded people,” Will explains. “Although we have all moved on from our time in the military, it's good to reminisce with people who share those experiences. Warriors also helps us to network, learn from peers and to understand more about the opportunities available at Amazon.”

“Anybody who has a secure job right now, in a period of real uncertainty, probably considers themselves lucky. But that uncertainty has unfortunately been a regular fact of life for many ex-military veterans whenever they re-enter civilian life – and The Royal British Legion has always been there to help.”

“From providing emergency relief to personal support, accommodation, or modifications for those who lost limbs through their service – we are delighted to support The Royal British Legion’s vital work this year and beyond.”

How to support the Poppy Appeal this year

Remembrance Day gives us an opportunity to pause for thought and pay our respects to those who have fallen in the line of duty – as well as those serving on active duty today.

There are many ways you can support The Royal British Legion’s Poppy Appeal:

Find out more about affinity groups at Amazon

Working at AmazonAffinity groupsIn the communityCulture and diversity
How did you like this story?
Yawn.
It's OK
It's Good
It's Great
I love it!
Thanks!
Sustainability 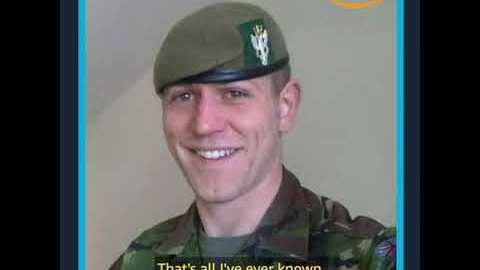