At the end of April, the first group of students from The Prince’s Trust Get in Technology programme completed their AWS re:Start training.
By Day One Team

At the end of April, the first group of students from The Prince’s Trust Get in Technology programme completed their AWS re:Start training.

Launched in January 2017, with The Prince’s Trust, Ministry of Defence, and QA Consulting, AWS re:Start is a training and education programme that aims to bring more qualified people with cloud and software development skills into the UK’s workforce.

Participants attended a four-week, full-time, intensive training course where they learned and refined their programming, networking, and cloud computing skills. They then set-off on work placements at some of the UK’s most well-known organisations, including the BBC, Direct Line Group, Royal Opera House, Splunk, Zopa, and AWS.

Connor Austin, 20, had been looking for a job in technology since finishing college, but with no experience found it impossible to get a foot in the door. Through AWS re:Start, he had the opportunity to work at the Royal Opera House (ROH), with their digital development team.

“Before the AWS re:Start programme I wasn’t doing much. I finished college and tried to get a job in IT, but I had no experience. I had all the same qualifications as everybody else, but no real idea of where to go or what the industry I wanted to get into was like. I started out at the job centre, but didn’t get anywhere and then someone mentioned The Prince’s Trust.

“I didn’t know what to expect, but the training was amazing. I had loads of fun learning to code in Python, which the trainers made easy for us to understand, and in developing my networking skills. I’ve always liked tech but didn’t have a chance to explore it. Now I’ve opened an AWS account which I am playing with.

“The work experience was possibly my favourite part of AWS re:Start. I got to work at the ROH, which I thought would be a little old-worldly, with very little tech. Wow, was I wrong! There is a lot of technology that goes into ROH’s operations, and I got to see and learn about how it all works. It was an amazing experience.”

AWSChildren and young peopleSTEMThe Prince's Trustre:Start
How did you like this story?
Yawn.
It's OK
It's Good
It's Great
I love it!
Thanks!
Working at Amazon 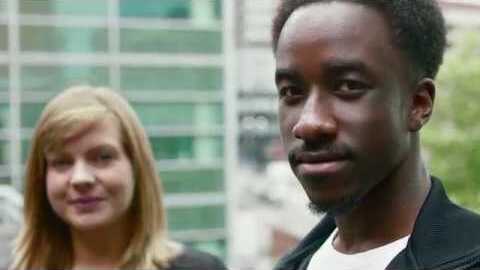