Get behind the scenes of Manchester City with Prime Video

Our new Amazon Original - All or Nothing: Manchester City - will take viewers on an exclusive journey through the whole of Manchester City's 2017-18 season, exclusively on Prime Video.
By Day One Team

All or Nothing: Manchester City is a behind-the-scenes Prime Original docuseries giving fans around the world a glimpse into the historic club, its legendary coach, Pep Guardiola, and the personal stories of the players in a record setting, Premier League winning year. The new series, which will be narrated by Sir Ben Kingsley, will take viewers on an exclusive journey through the whole of Manchester City's 2017-18 season, from the world-leading training facilities at the City Football Academy, to interviews with the manager, boardroom meetings and the week-on-week stories that unfold within the lives of the players. All eight episodes of the Prime Original docuseries will be released for fans to enjoy on Friday 17th August.

The team responsible for the innovation that powers our Prime Video service are based in our London Development Centre, situated in our UK head office in Shoreditch. When opening our new head office last year, we announced plans to double capacity of the London Development Centre from 450 to 900 high tech staff. The Development Centre houses teams of software development engineers, user-interface experts, data analysts and graphic designers working to build new technologies for Amazon's Prime Video service, benefitting tens of millions of customers around the world.

All or Nothing: Manchester City joins Prime Video’s growing stable of critically acclaimed and award winning Prime Original drama, comedy, live sports and sports docuseries, which includes the previously launched Le Mans: Racing is Everything, GRAND PRIX Driver, four seasons of the behind-the-scenes sports docuseries All or Nothing with American Football teams Arizona Cardinals, Los Angeles Rams, Michigan Wolverines and Dallas Cowboys, and the recently launched series All or Nothing: New Zealand All Blacks. Recently we also announced that from 2019, Premier League matches will be available on Prime Video in the UK at no extra cost to a Prime membership.

Prime Video
How did you like this story?
Yawn.
It's OK
It's Good
It's Great
I love it!
Thanks!
Sustainability

Launching in London, Amazon’s new hair salon will be a place where customers can experience some of the leading technology, products and services in hair care and styling.
Continue Reading
Sustainability

Operations Manager Ben Davies, based in Bristol, explains how new electric vehicles are playing a key role in Amazon’s route to zero emissions.
Continue Reading
Amazon responds to COVID-19
How we're supporting our employees, customers, and communities
Read more
X
Out for Delivery
Thank you!
Please try again
Quick news and rich insights from inside Amazon, delivered directly to your inbox every few weeks.
Check your inbox shortly for your very first Out for Delivery email. We’ll reach out every few weeks with more.
If you’re not redirected back to the blog in a few seconds, click here.
Looks like we had some trouble authenticating your entry. Let’s try again...
Amazon Privacy Policy | Opt out anytime
Return to video player ➡ 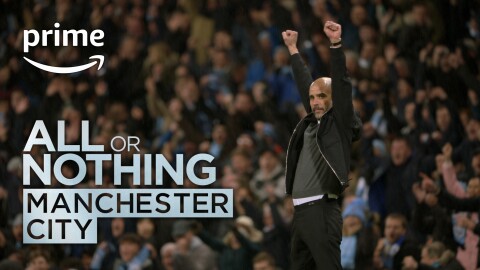 All or Nothing: Manchester City - Trailer | Prime Video